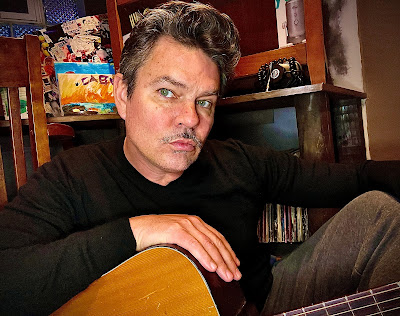 Let's hope that Mark Vickery doesn't wait another 20 years to release his next album.

And given the excitement that this album has been generating, no one will allow him to do that. Vickery, who releases music and performs under the stage name Cosmic Bull, recently released the 6-song EP "27x2," his first volume of new music that he has released in 20 years.

To mark the release of the EP, he will perform a 45-minute solo acoustic show at 7 p.m. Wednesday at Montrose Saloon, 2933 W. Montrose Ave., Chicago.  Discoveries of the American Scientific will follow at 8 p.m., with The Thin Cherries closing out the night at 9 p.m.

There is a $5 suggested donation at the door. I had the chance to interview Vickery about the new EP and his music career.

Q – Great talking to you. "27x2" is your first volume of new music that you have released in 20 years. Was that by choice?

If you mean did I wait 20 years because it’s a nice, round number, absolutely not. When I stopped releasing new music back then, I felt I was done for good — I was never planning to return.
At the time, it was a matter of how relevant I saw myself and what I was writing about. Looking back, the full Mark Vickery CD I released 20 years ago was all about leaving the scene, even though I didn’t recognize it as such at the time. 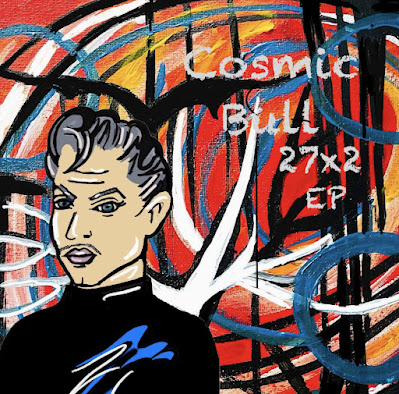 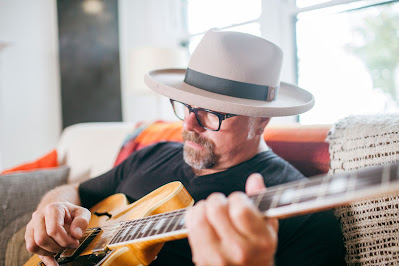 Maine-based Bad Daddy (aka Paul Waring) is married to the blues.

That should be evident by anyone listening to his latest CD, “It’s A Mad Mad Bad Dad World,” set for release on March 11 on PieHole Records. Waring goes by the stage name Bad Daddy.

To celebrate the release of the CD, Waring and his band will perform at 7 p.m. March 13 at Rosa’s Lounge, 3420 W. Armitage Ave., Chicago. Tickets are $20, available at rosaslounge-com.seatengine.com.

Pete Galanis on guitars, Ari Seder on bass guitar and Jason “Jroc” Edwards on drums backed Waring‘s vocals and guitar on all 10 tracks, recorded at Chicago’s JoyRide Studio and Galanis’ Studio 3036 in Chicago.

Waring developed a love for the blues as a teenager hanging out in blues clubs in Chicago and seeing the likes of Buddy Guy, Magic Slim and Otis Rush.

The first time I saw the guy I was like, holy cow. I was playing guitar at that point, but I wasn’t focused. And once I was exposed to live Chicago blues, I had the bug at that stage. And I really found myself wanting to mimic what I was hearing on those records and in the clubs.”

Q – I know that you are buddies with Pete from the band Howard and the White Boys. I’ve actually been writing about them for years.

I discovered those guys just kind of in my nightly prowls and I just loved what they were doing.

Q – I know that Pete also remastered your first album. What did you respect about his musical talents? What did you like about what he had to offer?

A – I just found him really approachable. He’s a really talented guitar player but he also is a great engineer.

I was never quite happy with the mastering of my first album. It just had too much low end for my ear.

He managed to take it and keep that bass down a little bit and kind of create a slightly newer sound to it, which I thought was really great.

Q – And you decided the time was right to work on a new album.

A – Yeah, being stuck in the pandemic was definitely part of the push. My wife was all behind me and told me that she could see where I was going with this.

When I felt ready with my material, I felt so compelled and comfortable approaching Pete, Ari and Jroc about the album. They already run with a rep for being a top-notch supporting band, and with the right mix of people fronting, there’s some real magic.

I hope that comes through in the work we did on the record. That’s what I look for and is something most of us try to aspire towards.

My heart is full of love for these guys and Ari and Jroc are one hell of a rhythm section – they each brought so much to the project and really helped lay a foundation for me to finish weaving together all my thoughts and inspirations. Working with these guys was truly fantastic.

Jroc is a goddamn monster and Ari is a master technician and artist.. I really enjoyed Ari’s organizational help and all his thoughts/ideas to help shape my arrangements to bring out the best.

Lots of love for all these gentlemen.

Q – As far as the name Bad Daddy, where did that come from?

A – In the early days of this, I was mostly jamming with a group of friends on Tuesday nights. We would jam in my living room or my buddy’s living room.

Eventually, that got a little more serious. And we all had families, we all had kids.

I had a five-year-old and a 10-year-old. As soon as we started working a little harder, that took us away of helping mom out at home.

Q – Like you’re the bad daddy because you’re not at home.

A – Early on, we were called the bad daddies, because we were all daddies.

Q – It is interesting that your day job is building yachts and then you are a musician at night. Does that fulfill both your needs?

A – I’ve just got a lot of energy and I just make time for it all. It’s also a little bit out of necessity, just because of my choice of living in rural Maine. Operating there as a full-time musician is a real challenge more so than it is here in Chicago.

You don’t have the venues and the critical mass to kind of really make it work. I’ve been running my Bad Daddy brand since 2005 and put my first album out in 2008.

It’s been a fun run, but you have to sort of be willing to sacrifice a little. I grew up around boats and the ocean and so it sort of came naturally as an occupation, I guess.

It allows me to fund my music pursuits. It kind of works hand in hand. You just have to make the time for it.

Q – I know there are blues cruises. You could have a cruise on a yacht that you designed.

A – That would be cool. I think the largest boat that we’ve been involved with designing is around 95 feet long.

It was a pretty cool project. And we’ve designed a number of other boats up and around that length.

For that size range, you could definitely have a pretty decent party on board.

Q – Are there any songs on the new album that you are particularly proud of?

A – If I were to have a favorite, it would probably be “Pork Pie Hat.” It just came together in such an exciting way.

And Pete does an absolutely blazing fiery solo on it that sounds a lot like Robben Ford. It just kind of reminds me of cruising around Chicago and catching live music.

But I think the most interesting song I can point to is called “These Times.” It’s definitely kind of out of my normal blues rock zone.

But also, it kind of came to me really quickly and really easily. The riffs and the lyrics kind of fell right together.

It does feel like a social movement song, although I didn’t intend it to have a particular message. It has that inspirational tone and feel.

I think it was maybe inspired by the day to day political news that we experienced these last few years.

Posted by Eric Schelkopf at 10:44 PM No comments: